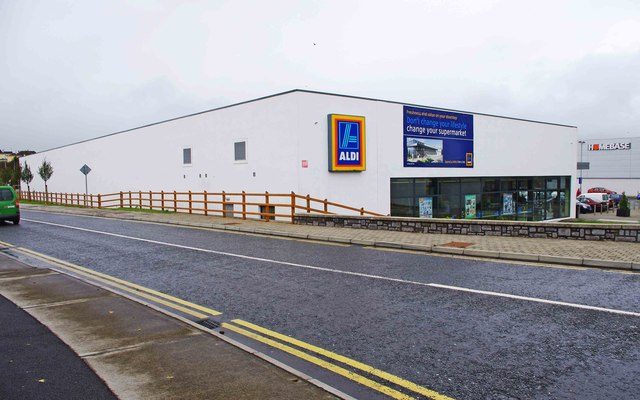 Asked by Judge Fiona Leyden what he thought he was doing, he said he was just ‘trying to bring people together during the pandemic’?

He continued to talk when asked to confirm his name, adding that he was, “extremely relaxed about the physical side of things?”

After the arresting garda told the court he was local man Mr. Gerry Beaton who ‘lives on the family farm with his mother,’ Judge Leyden allowed the hearing to continue.

“I wouldn’t be hung up on morality or anything like that,” Beaton continued, “I just go with the flow? And my therapist says it’s a perfectly normal way to relax.”

“Well CBT taught me how to really be present in the moment whenever I was having a relax? But I never imagined I’d end up in a supermarket with everyone telling me how good I looked in my underwear…”

Oblivious to the disenchantment in Leyden’s voice as she asked him how he was pleading to the charge of indecent behaviour, he smiled broadly and replied, “Covid-19.”

The judge then directed that a plea of not guilty be entered and wondered aloud what on earth she should do with him.

“Your excellency,” Beaton intervened, “if I may be so bold?”

Leyden sighed and gestured at him to continue.

“I was minding my own business in Aldi when I saw them?”

“A pair of the softest, highest quality, leather gardening gloves?” Beaton replied, his voice suddenly a little hoarse, “In duck egg blue. Right next to a turquoise cat scratcher for Mr. Newton that really spoke to me?”

Beaton then gave a little shrug that implied the circumstances, clearly left him little choice.

He remained calm when Judge Leyden noted the court was still awaiting psychiatric reports on him, arising from three previous public order incidents but looked puzzled when she said he was clearly a fantasist.

“But why?” he inquired with a deep frown.

“Because,” she replied, “the chances of finding a pair of high quality, leather gardening gloves in Aldi are absolutely zero.”