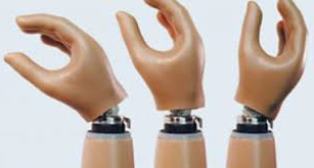 After amputee Joe Tracey revealed his ‘dearest wish’ to their friends, his stony-faced partner Maria Byrne, scornfully declared it to be “a bit sad!”

Tracey pointedly reminded her she’d guffawed at essentially the same joke when Billy Connolly made it. Things grew momentarily tense, as she angrily denied the charge.

But upon being reminded of the full details of the routine – involving a man lying on his arm until circulation restriction produced a deadening effect – her face broke into a broad smile.

“Actually yeah, that was pretty funny,” she agreed, before bitterly snapping, “but in case you hadn’t noticed, you’re not Billy Connolly”.

Afterwards, Tracey sheepishly indicated that he was sticking with the gag regardless.

“Basically,” he pointed out, “if she can laugh when a man with two hands makes a gag like that then under the circumstances, I think I get a pass?”