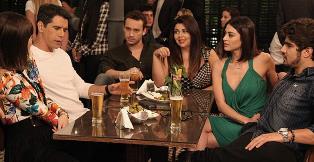 After Mia Delaney’s fourth glass of Baileys Irish Cream Liqueur (17% alc/vol), husband Matt closed his eyes and willed her not to claim to know how all women felt about any particular topic.

Before he reopened them, he also said a prayer to the God of Small Talk, that they might be allowed to continue a no duller than normal chat, with the two other couples they most frequently socialised with.

“And be permitted for one night,” he half whispered to himself, “to avoid the car crash that inevitably ensues, whenever anyone bases their opinions solely upon their gender.”

A moment later Mia inquired if anyone had read Fintan O’Toole’s latest column on Brexit, remarking that she was becoming more concerned by the day.

After the briefest of pauses, she added, “speaking as a mother of two?”