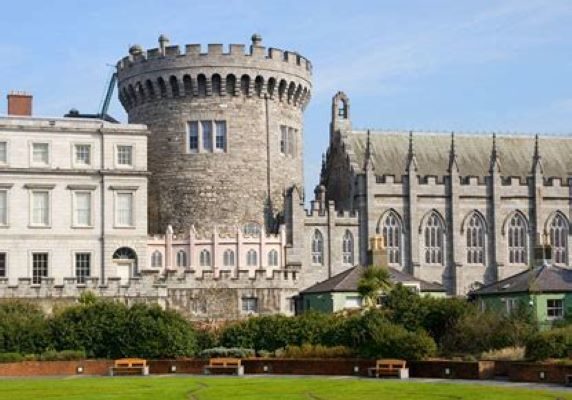 A man recalled today the time he heard the Queen ‘say something’ although he couldn’t remember what she said or where he was when she said it.

The man, who had been drinking all afternoon in the Ramble Inn, then clicked his fingers and triumphantly called out “Dublin Castle! Remember the time Dublin Castle burned down? She said that was her worst year ever. Because…her very own grandfather built it, so he did.”

Proprietor and barman Eamon Halligan raised an eyebrow at ‘early drinker’ Thomas Joseph Guiney who drank deeply before leaning on the counter to answer the implied question. “It’s called ‘All About Me’ syndrome,” Guiney explained, “whereby people with low self esteem who are often – but not always – also lonely, try and insert themselves into the issue of the day, to make themselves seem more interesting”.

As Halligan wiped the counter and kept a beady eye on the man, he murmured, “Is that a fact?” “Oh believe me,” said Guiney, “it’s all about this little insect man and his own enormous importance. Whatever pleases or inconveniences him is always of greater significance than anything else, no matter how many people it affects.”

“Often these people aren’t even aware they’re doing it? Our friend here was probably inserting himself into the Tory leadership contest, right up until the Queen’s death. And in due course, insect man will move on when the news agenda moves on, to whatever comes next.”

“So if today is Day 3 of the ten day period of national mourning, it’ll be,” ” Halligan calculated, “this day week before the news agenda moves on?”

“Suffering Jesus!” Guiney suddenly swore, “I can’t take anymore. If I hear one more ‘You’ve no idea how much she meant to me’ story, I’ll top myself. How am I supposed to get through another week of this? It’s just not fair to people like me?“