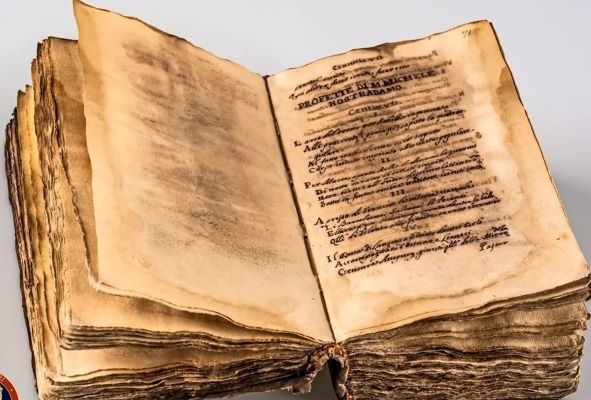 Called on to explain why he wasn’t at his desk this morning, Dan Barrett explained that he’d gotten the flu “just like Nostradamus predicted”? The 28 year old barrista told shift supervisor Ellie Heaney that it wasn’t surprising when you think he predicted the death of Queen Elizabeth.

Interpreting his boss’s silence as a request for further information, Barrett read aloud from his phone, “There will spread a virus in the Western reaches of a country with hills, laying men low with burning fever”. Heaney replied that Nostradamus did not predict the Queen’s death, he merely implied she would not be on the throne in 2022 and while that might seem to be splitting hairs, the bookies would not pay out on such a vague prediction. “Did he, for instance,” she continued, “specifically mean she would not be on the throne because she had died or did he mean she would have abdicated, due perhaps, to illness?”

The silence on this occasion was Barrett’s which Heaney was quite certain wasn’t a request for further information but she decided to supply it anyway. “In other words, NostradANUS, would you care to predict who’ll be working this weekend to make up for their absence today?”

Sadly, the line went dead before “Nostradanus ” could reply.