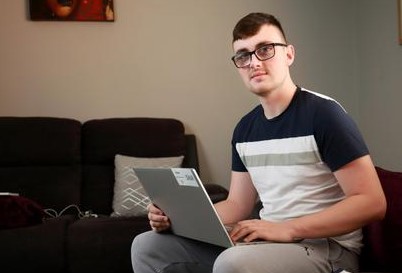 As he gratefully accepted a Together for Yes leaflet, Galwegian Donal Falvey explained to a glassy eyed canvasser that just before she knocked, he’d undergone ‘a deeply emotional journey’ as he changed his mind about the referendum.

“And I’ve moved from ‘undecided’ to ‘yes’,” he said. “I think it’s fair to say it was more a referendump than a referendum decision.”

“I had plenty of time to think it through, like, while I was in there,” he said, gesturing over his shoulder in the direction of the downstairs WC.

“I’ve had close shaves before,” he said, his voice dropping to little more than a painful whisper, “but Jesus! That was…that was something else? I’d definitely have needed medical intervention, if the…breakthrough hadn’t come when it did.”

He then nodded, closed the door and winced, as he gingerly made his way back to the sofa.