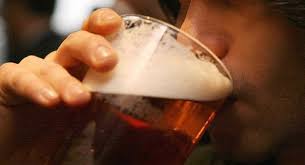 Local man Tom Howard confirmed to his Polish taxi driver last night, that he was ‘definitely’ thinking of giving up alcohol for the month of November, a little closer to the end of the month.

Explaining that it’s an old Irish tradition to ‘give the body a sort of holistic leg up’ before the festive season’s excesses, he stressed that it made a lot of sense ‘when you actually think about it’.

Pawel Balewicz said he had heard of this custom ‘many times’ and that the fare would be €15.

Privately Howard concluded Balewicz probably didn’t believe him because the idea of giving up alcohol would be entirely foreign to a culture like his.