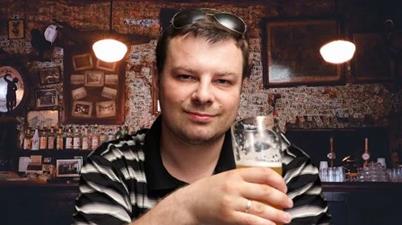 Begley, 31, told the photogenic and impossibly supple Eliška Novotny, the project was ‘a radical vehicle that would play with and subvert accepted norms of beauty and propriety on a wedding day that doesn’t go strictly according to plan’.

“It’s actually very funny,” he said, staring intensely at a silent Novotny before swallowing noisily, “as well as being very subversive? But in a way that will totally strike a blow at the patriarchy.”

Novotny, who has listened to Begley ‘storyboard’ the plot on a napkin on more than once occasion, demanded script approval.

With a distant look in his eye, a dry mouthed Begley stammered that shooting would probably have to be improvised, in the style of Robert Altman or Ken Loach.

“Is yes or no?” Novotny replied.

“Yes but remember? That ‘yes’ will be largely based on the camera angles that work best for dramatising the innermost hopes and desires of a shy young fitness instructor, as she emerges from the shower and very slowly dresses for her wedding day in front of three full length mirrors that offer intriguing possibilities for camera-play”.

“Still no, then” Novotny sighed, as she drained the last of her Zlaty Bazant lager and began texting a friend.