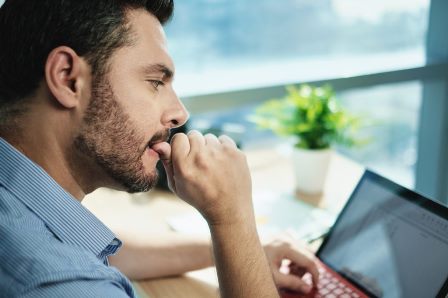 “You’re absolutely dead in the water if you haven’t got the right credentials,” he added, trying not to bite his nails.

When pressed, Comer admitted he was a little stressed as he waited to see if he’d qualified for Tripadvisor’s prestigious ‘Restaurant Expert Level 8‘ award.

“Because an exam like this could open up a whole new career,” he pointed out, “reviewing restaurants and bistros?”

But he was clear he wouldn’t be using his new award to settle any old scores.

“The kebabs in JC’s on Tucker Street are pure dirt, like? But if I get this, I’ll give them another chance.”

Comer said he was working on a motto for his ground-breaking, hard-hitting column.

“I’m not sure yet but it’ll probably be something like, ‘Only he who qualifies, is truly fit to appraise‘?”

Because, he added, there are way too many clowns out there, claiming to be professional reviewers.