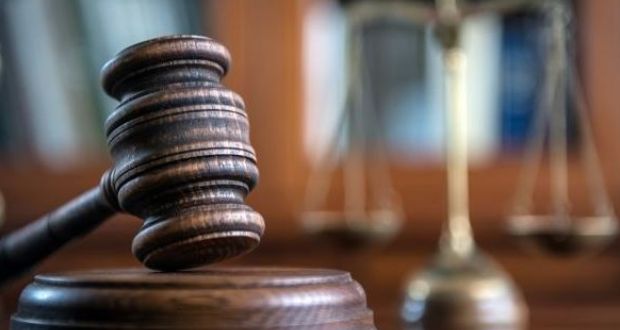 Castlebar District court today heard that a local man who bit off part of a player’s ear during an argument over who was Mayo’s greatest forward, had “done an awful lot for under-21 football”.

Judge Fiona Leyden, although a ‘hardened observer of the human condition’ for many years, expressed her complete astonishment.

Solicitor Gareth Sheehy explained that Brendan ‘Brendy’ McGrath and Philip ‘Philly’ Carney were two of the most devoted players Mitchells GAA club had ever seen. “Both on and off the pitch.” However McGrath had been forced to ‘hang his boots up’ early, due to an injury he received three years before in the course of a melee he instigated, while taking part in a charity fundraising match.

It was widely acknowledged by all, his lawyer said, that “McGrath’s only problem was that he had ‘too much enthusiasm for the game’ and it was this – and not any sense of aggression – that had led him to run across the pitch on that day and launch a ‘flying kick’ into the back of another player? And while McGrath himself would be the first to agree it was unfortunate eight players subsequently had to be treated for their injuries at the A&E, it would be wrong to link his ‘enthusiasm’ on that occasion, to the situation currently before the court”.

Sheehy reminded Leyden that all legal proceedings resulting from the incident had long been settled and he had since turned his energies to collecting for the club because ‘sport is his life’. While suggestions of intimidation of those who refused to contribute to his on-street collections had circulated, these had been ‘simple misunderstandings’ over bawdy comments made in jest and the nun in question had accepted an apology.

Sheehy then told the court ‘no aggression was involved on the night in question’. The pair had simply been ‘bantering’ outside a chipper when McGrath’s ‘innate enthusiasm’ had gotten the better of him and he had ‘playfully bitten off part of the ear in question’.

This was principally because ‘alcohol had been consumed’ but also because he strongly disagreed with Carney who had stubbornly refused to ‘offer him a chip,’ despite repeated requests.

Judgement was reserved by Judge Leyden who ordered the defendant undergo psychiatric assessment, before she would even attempt to deliver a verdict.