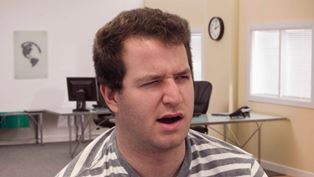 “You can’t live your life second guessing a jury,” Headford man Fursey Danaher explained this week, in a thoughtful and sensitive note to the jury in his trial for a string of drug-fuelled sex assaults.

In a playful message entitled, ‘”I Believe I Can Fly,” Danaher explained why he would not be present for the remainder of the trial.

He said he drew on the lyrics of the 1996 R Kelly hit because he knew they would help him ‘push back’ against any attempt to portray his departure as ‘a flight from justice’.

Danaher begins by poignantly admitting ‘I used to think that I could not go on,’ before finally realizing that, just like the song says, he could himself ‘running through that open door’.

However, Fursey emphasises that in doing so, he is ‘in no way’ admitting his guilt.

Instead, he has ‘reluctantly come to accept’ that the jury might need some time and space of their own, before they could dismiss the charges.

“As much as it hurt to admit it,” the emotionally wrenching account continues, “and believe me, it really, really hurt? As a privileged white male, I just have to accept that the female jurors have earned the right to consider all the evidence, without the distraction of having a brown eyed, handsome man about the place”.

“If wanting not to be there while they do that, is wrong, then I’m guilty? Guilty of trying to start a conversation about how men can help women face and overcome some of the obstacles the patriarchy have placed in their way, even if it only means removing one man, from the trial process!”

Justice would have to be blind, the 34 year old professional dog walker declares, to find him guilty.

“If I’m willing to give this jury the benefit of the doubt, then so should everyone else, by not looking for me.”

Defendant is such an ugly word, the note concludes, so I say why not let the jury do the job it was empanelled to do?