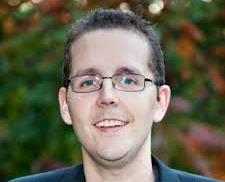 A man whose wife won’t let him be a coeliac or say ‘Namaste’ to Indian waiters, has confirmed she also refuses to let him become an asthmatic.

“I love my wife deeply,” Rodney Aylward (29) explained, “but I feel trapped by all these arbitrary rules she keeps making? I feel like I can’t be my true self”.

Mr Aylward then spoke of the ‘residual hurt’ an underlying emotional issue was still causing him: one of infidelity following the birth of their daughter Sive, last year.

“She chose the name but I only agreed to it because she told me it was Nepalese for ‘destiny’ and I wanted our child to have a beautiful ethnic name?”

“I really want to forgive Jemma,” Rodney then whispered, “but I’m finding it really hard because…we made a deal to tell each other everything“.

Contacted later by the newsdesk, Jemma (28), confirmed that since we’d spoken to him, she’d also refused to let her husband climb Everest or wear a bandanna.