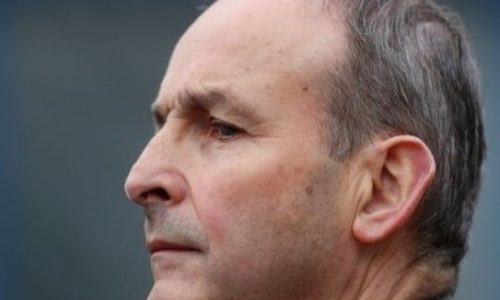 Micheál Martin electrified Ireland today, after a stark warning was issued about ‘unsustainably high levels of infection on the island of Ireland’.

The Taoiseach immediately responded by announcing that “the trip everyone has been looking forward to since this time last year, may not go ahead”.

Once again demonstrating his uncanny political instincts, the FF leader pointed out “the virus could dictate” whether this year’s Shamrock Bowl ceremony happens or not.

Political correspondents were left red faced as they scrambled to catch up with this entirely unforeseeable development.

RTE’s Fergal Keane broke down as he pleaded with listeners that “Pat Leahy didn’t see it coming either and he works for The Irish Times“.