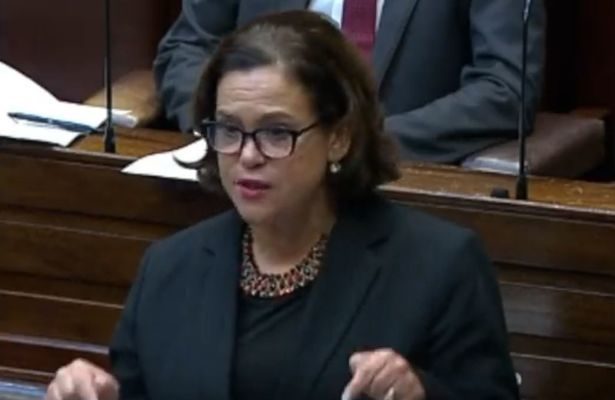 Mary Lou’s left eyebrow flickered briefly today in Leinster House, in a move that caused Tánaiste Micheál Martin to suddenly scream “I have you now!”

“Who else saw that?”, he called out but his question was immediately ruled inadmissible.

“Will you have full control of your eyebrows under a Sinn Fein government,” he then asked McDonald, “or will they be controlled by an unelected ‘politburo’?”

“A shadowy, unelected politburo with a five-three Belfast majority,” he crowed, “ha?”

McDonald, at a loss for words, eventually repeated, “My eyebrows?”

“I have you now,” Martin crowed, “up Cork, Jimmy Crowley and the boys of Fairhill!”

Afterwards, political correspondents confessed themselves utterly baffled by the exchange.