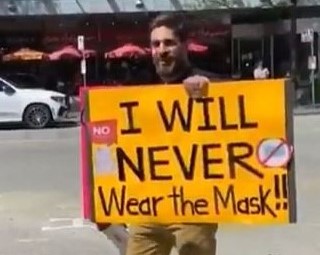 “Why won’t they just level with us? That’s what I want to know,” Yellow Vest maskhole Raymo Begley said today.

“Maybe if the government did that, people would actually trust them? Why won’t they tell us what they won’t tell us…”

Asked why he thought the truth was being hidden from the public, Begley said “I know a nurse and she says the hospital she works in is empty? And she says if you go to your dentist they have to record it as the rona. So what’s really going on. That’s all I want to know…”