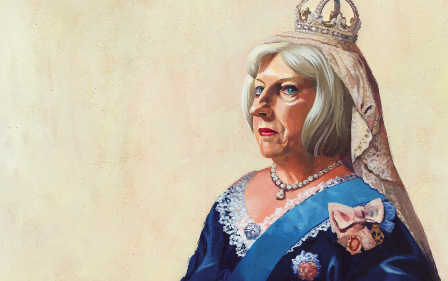 Prime minister Teresa May yesterday reminded her party’s annual conference that when it comes to partition, Britain’s too bloody good for that sort of thing.

Speaking at the Walking Dead-themed get together, she addressed an audience located predominantly at an advanced stage of spongiform encephalopathy.

May said she stood shoulder-to-shoulder with DUP leader Arlene Foster on partition.

Majority rule is a sacred principle, she added, with the exception of NI’s minority position within the UK as a whole and/or, the inevitable loss of a Protestant majority in the north in the near future.

She also said that the DUP would invite Michael Gove, the man who describes the peace process as a “moral stain”, to join them in praying for the PM.