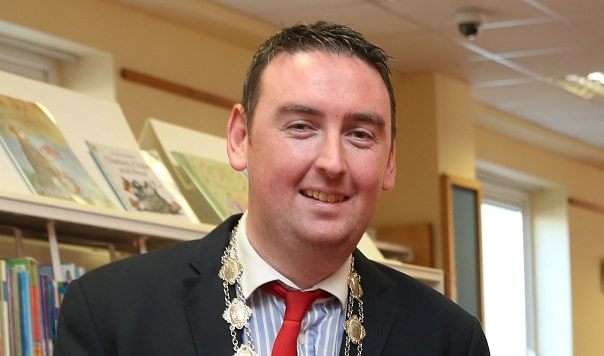 In a rare moment of candour, brought on by the city’s coronavirus race-week arrangements, the mayor of Galway was blunt about the importance of his job.

“I spend the day cat-farting about in front of a camera,” Cllr. Mike Cubbard complained to barman Eamonn Sweeney, in the bar of Jury’s Hotel.

“Virtual this and virtual that. Nobody cares!”

“Ah now,” Sweeney said distantly, as he eyed the 4.10pm Claregalway Hotel Hurdle over the mayor’s shoulder on the TV above the door.

The popular but clearly depressed Cubbard suddenly barked, “Seriously? It’s one step up from being the town’s most colourful drunk”.

A moment later he added, ‘and a sight less popular too’.

It was only fair, the barman later observed, he was re-elected as mayor.