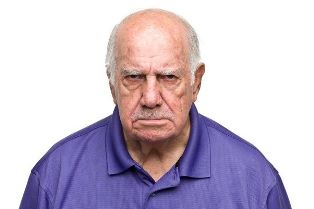 Civil servant Ken Durcan sat back on the Dart to Greystones and began to read the cards he’d earlier received from colleagues, during a special lunch to mark his retirement.

As he did so, he ran back over his speech in his own mind, taking some pleasure in recalling the gentle applause, his bruising honesty had prompted.

He’d never been ‘touchy feely’ and made no apologies for that. And his opinions, to say the very least, were not ‘fashionable’. But he preferred to let the work speak for itself. He had only one request to make?

The one thing he would like to be remembered for, he said, was simply that he had ‘never courted popularity. Never!’

With that final ‘never’ still ringing bravely in his ears, he smiled as he opened a card addressed, ‘To Ken, the man who never courted popularity’.

Inside it, a signature-free, typed message said, ‘Mission accomplished pal – you totally nailed that one!’

Slowly it dawned on him that he must, after all, have left a draft of his speech in the photocopier the previous day.