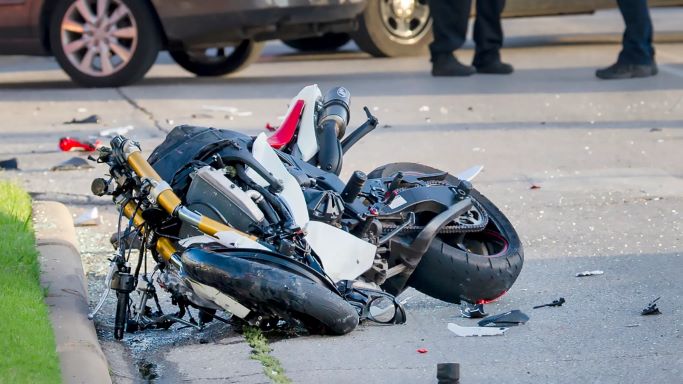 Observers confirmed that motorcyclist Trevor McGuire still appeared to be enjoying the amazing sense of freedom that comes from riding a motorbike, even after hitting a car that braked without warning.

“You could tell he was really loving it,” one said, “even during the split-second it took him to travel the final twenty metres through the air at approximately 80kph, before he hit that stonewall head-on?” Other bystanders nodded their agreement.

However, one man who wondered if Mr. McGuire had actually looked more surprised than delighted, was chased from the scene by angry witnesses.

Although declared dead-on-arrival, ambulance crew said people had crowded around the accident scene to assure them McGuire seemed particularly grateful not to have had his freedom restricted by a seatbelt or any of the other shameful impediments to his freedom that traveling in a car would have required.

Or as the ambulance driver remarked, “It was a close thing but luckily, just before he died, he got to experience that amazing sense of freedom”.