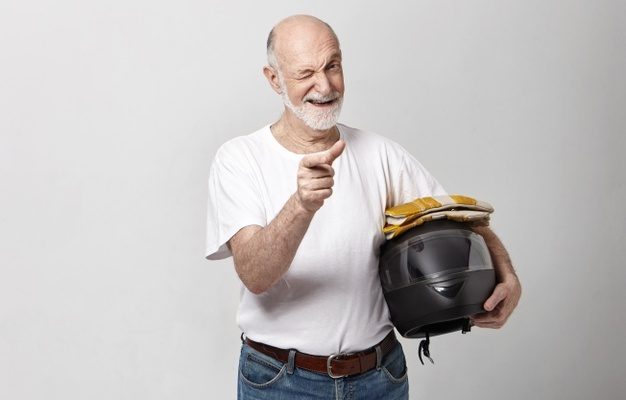 Recently retired chartered accountant Ken Weller realised a life long dream this week when he took possession of the pre-owned Harley-Davidson motorcycle that was to be his new ‘hog’.

“Although,” he quickly backtracked, “it’s not actually a Harley-Davidson, it’s just got a couple of Harley stickers on it?”

The Dubliner revealed that he had joined the ‘local chapter’ of Hampstead Heath based bikers and was thinking of joining them on one of their runs down to Brighton at the weekend.

“They’re mostly barristers and orthodontists,” he chuckled, “but don’t let that fool you because they’re a wild bunch – if they like the look of a Travelodge, they’ll just book into it and stay the night”.

As he toyed with a Harley-Davidson keyring, Weller spoke about how he couldn’t wait to experience the “unbelievable sense of freedom” that comes from being out on the open road, riding in single file between other motorcycle owners.

“There’s something so, I guess you’d have to say, rebellious about it?”, he mused.

Whelan chuckled that he’d probably feel pretty sorry for all the people trapped in their cars when a procession of ‘knights of the road’ cruised past them, in a very disciplined line.

The portly 61 year old also revealed he was thinking of getting a red ‘kerchief’ to tie around his neck because “it’s kinda outlaw, y’know…like Bono?”