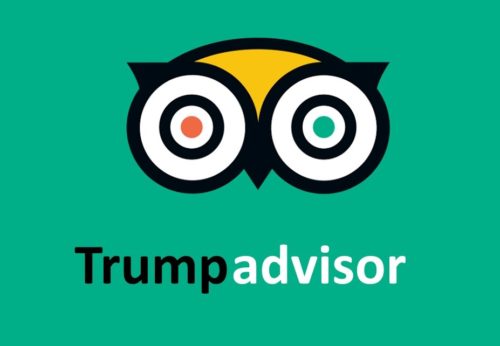 Expedia, owner of the Tripadvisor site, have launched a new service, Trumpadvisor.com, to allow voters to compare and review President Trump’s campaign statements.

Expedia says it’s part of a move to combat the president’s many – as yet undiagnosed – medical conditions.

A spokesman said, “Remember when the president texted ‘covfefe’? That prompted a tsunami of absolutely pointless coverage that deflected attention from a whole range of serious issues.”

“But now, if he texts something typically bizarre like ‘I will eat America’, the algorithms on our site will immediately rate that as meaningless ‘white noise’ and remind you that you should stay focused on voter registration.”

Asked how the site would deal with statements that aren’t simply meaningless white noise, he said, “We’ll worry about that when it happens”.