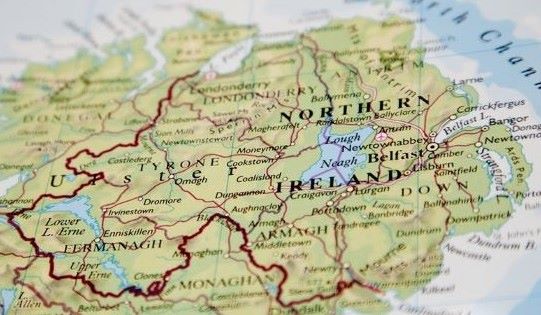 Although census data has revealed more people now identify as Catholic than Protestant in Northern Ireland, the north still has a major image problem around the world.

“Our own research reveals that no matter what we might have to offer,” a spokesman for the Northern Ireland tourism board privately admitted, “internationally, most people feel we still fall into the ‘more pricks than kicks’ category?”

The census data is being seen as the third significant blow unionism has suffered during ‘Black September’. The Queen’s passing was the first and most major shock, followed by the perceived snub King Charles subsequently delivered to Jeffrey Donaldson at Hillsborough. (A development that prompted unkind headlines like, “Unionism Loses A Second Royal”.) The third blow is the loss of majority status.

However many have noted that bigotry, as ever, remains the big winner in Northern Ireland. Which is why the census data was greeted with a very ‘Plus ça change’ vibe by most people with the notable exception of TUV leader, Jim ‘Specsavers‘ Allister. McAllister demanded a recount because ‘all the census takers were Taigs’.

As a result, a spoof Specsavers ad began to trend. “Do you sometimes find your short sightedness exposes you to public ridicule?” it says, over a picture of Allister appearing to squint, “Then drop into any of our Specsavers stores. We’re offering free eye tests to the near blind all this month.”