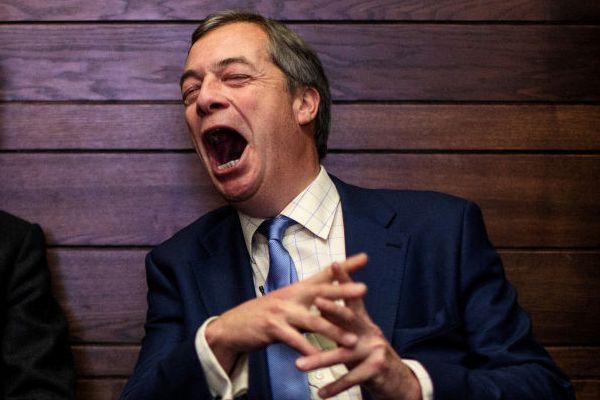 Former UKIP leader Nigel Farage who last week vowed he ‘wouldn’t be fooled twice’ into recording a pro-IRA voice message, has this week been fooled into doing it twice.

Last week, after he was hoaxed into ending a paid-for birthday greeting with the saying “up the ‘RA”, he vowed he would ‘in future be very, very careful indeed’.

However, this week Farage recorded another greeting for the celebrity message service Cameo, in which he inadvertently used the pro-IRA slogan, ‘tiocfaidh ar lá‘.

Tiocfaidh ar lá is an Irish language phrase that means, ‘Our day will come’.

Meanwhile Paddy Power’s are refusing to take bets on Farage making it a hat-trick next week.

“There would literally be no odds in it for us,” a spokesman said.