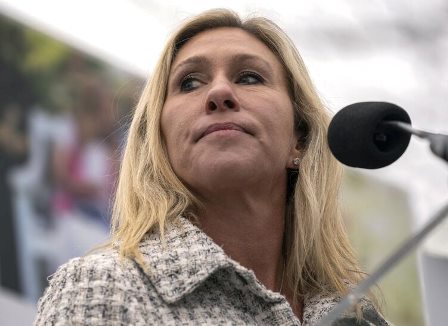 Scientists are scrambling to gather data on the baffling new planet the rightwing extremist lives on, after Greene’s private beliefs began to reach a wider audience this week.

This follows the discovery of a Facebook post in which Greene states that a ‘space laser’ controlled by a Jewish family, started the devastating California wildfire.

Early reports indicate Greene is wreathed in a toxic disc of methane gas that prevents even the republican party from reaching her.