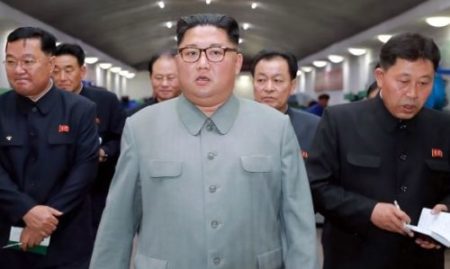 Reports say Kim Yong-un is livid at the news that America has once again retaken the widely sought after ‘greatest joke-leader of all time’ ranking.

“How can this be?” he’s said to have screamed at terrified members of his inner circle.

“This is a country that executes people who fall asleep in meetings with anti-aircraft guns!”

A senior official trembled, as he crouched on his knees to reply.

“How can we compete with a man who won’t read a report, unless it contains a picture of him?”

Smuggled accounts of the incident say those words made Kim bow his head and weep.