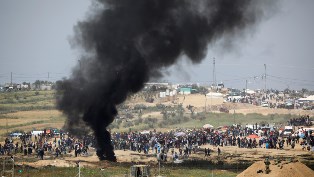 Israeli troops have operated in full accordance with the rules of engagement for using live ammunition against unarmed demonstrators, the country’s UN envoy said yesterday.

Danon also said “Israel really dodged a bullet by shooting them in the nick of time? Unfortunately for the protestors, they didn’t.”