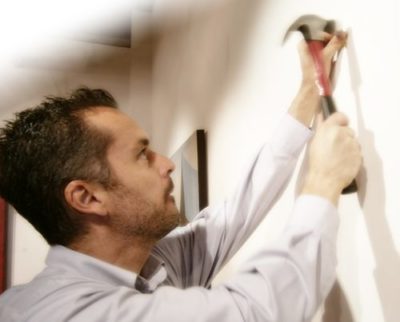 Last night Castlebar man Laurence O’Malley hit his thumb while trying to hang a picture and immediately screamed at his wife, “Now look what you made me do!”

As the highly strung, middle aged man-child cursed and sucked the afflicted thumb, his wife who had been standing nearby holding the picture, pinched the bridge of her nose and mentally recited the serenity prayer.

Caitlin O’Malley later privately described the incident to a close friend as, ‘a no more than average moment of grand opera in a typical day’.

“It’s just as well I don’t drink,” she sighed, “because there isn’t enough room for ‘crazy meets whiskey’ in this marriage”.