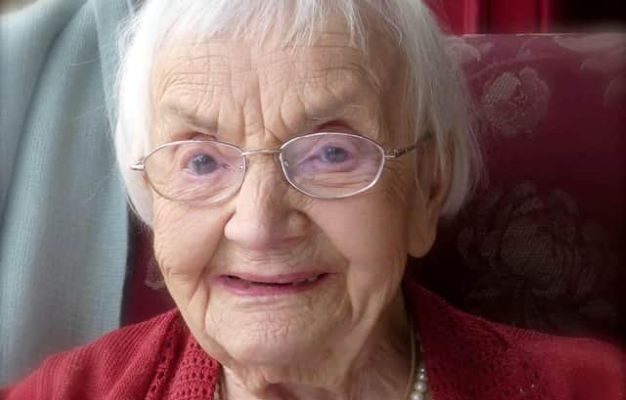 Margaret Duffy, who can still recall every single unmarried mother from her parish, celebrated her 100th birthday yesterday. “A lot of the so-called ‘butter wouldn’t melt in their mouth’ girls turned out to be right little hoors in the end,” she laughed gaily, as she celebrated the big day.

After blowing out the single candle on her cake, her seven children, 21 grandchildren and 6 greatgrandchildren, sang ‘Happy Birthday’.

Then she told LMFM news reporter Danny Buckley, her earliest memory was of her father, “a saintly man who went out of his way to help other people whenever he could?” And certainly not a moneylender, as the Vincent de Paul had alleged.

She married her first husband Dan when she was only 14 with the full approval of his brother Tom, the local parish priest. “But it wasn’t to be, as I preferred Tom!” In the end they parted amicably when Margaret moved into the parochial house where she found her religion was ‘a great comfort’ to her.

Not long afterwards, she had to replace Tom’s housekeeper who had become bitter and possessive. “I suppose you’d call it stalking these days,” she reflected “but it didn’t do us any harm? She went missing eventually, so all’s well that ends well.”

For the next 5 years, Margaret led the local chapter of the Legion of Mary and she also wrote the parish newsletter, only stopping after ‘Tom’s pool cue turned to rope’? It wasn’t the longest cue in the world, she smiled wistfully “but the man sure knew how to use it?” Sadly, Tom died from ‘unexpected complications’ not long after, despite being nursed day and night by Margaret. In their short but happy time together, she declares, “I learned more about technique from Tom, than from any other man’.

While he was writing Tom’s death certificate, she cried so much, Dr Bill Kingston was moved to befriend Margaret and in no time, the two became “inseparable”. Bill’s wife “wasn’t able to be happy for us”, she sighed, “and constantly complained about the noise we were making in the spare room but…true love knows no reason”. It was a relief in the end when, out of the blue, she “upped and ran away to London and was never heard from again”!

Desperate for a soundbite he could use, Buckley then asked her if things are better now or ‘back in the good old days’.

“Jesus wept,” she replied, rolling her eyes, “the good old days when everyone had TB?”