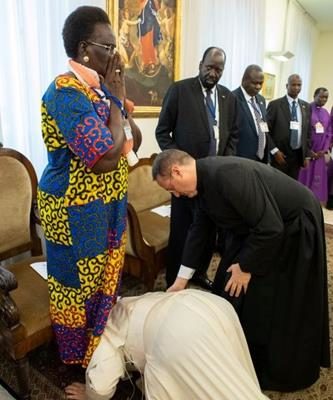 The Vatican has confirmed the Papal anus is receiving millions of ‘hits’ by the hour, as the faithful continue to click on a website set up to allow well wishers send their prayers for his recovery.

A spokesman for Guinness World Records confirmed that the pope is now the proud holder of The World’s Greatest Ass title.

Surgeons at the Gemelli Hospital in Rome removed half of his colon and afterwards, in a private ceremony, are said to have “handed the pope his ass”.

Afterwards, in keeping with long standing tradition, it was gently sautéed in garlic & herbs before being presented to the nursing staff, as part of a special thanksgiving meal.

The fun loving homophobe who is head of the world’s 1.2 billion Catholics returned home to the Vatican earlier today where a spokesman said he was “dining with aides” before hastily adding, “the good kind obviously, not the HIV kind?”