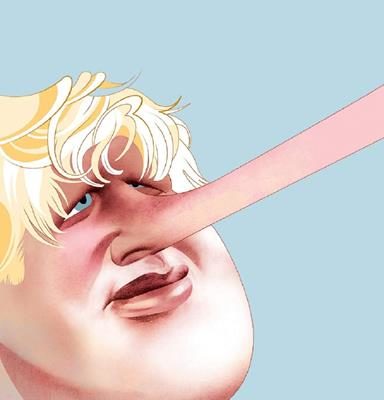 Never knowingly not in search of an argument – or for that matter, short of a contradiction – the DUP appears indifferent to being ruled by a Catholic PM who has imposed a customs border between NI and Britain.

The party that clamoured for “More!” from Boris Johnson, after he addressed their annual party conference, to date has said relatively little about ‘the betrayal of northern Ireland,’ much less commented on his conversion to the ‘Popish heresy’.

In fact, 100 years after they took to the streets with the slogan ‘Home Rule is Rome Rule,’ unionism appears strangely uninterested in the fact that a ‘papist’ is in power.

Analysts say this may be because by no stretch of the imagination can Johnson be considered a Christian, much less a Catholic. Especially in the light of the severe cut to overseas aid currently being made which experts say will result in thousands of child deaths.

“All experts are wrong about everything,” a spokesman for No 10 said later, “…except for the Tory ones?”