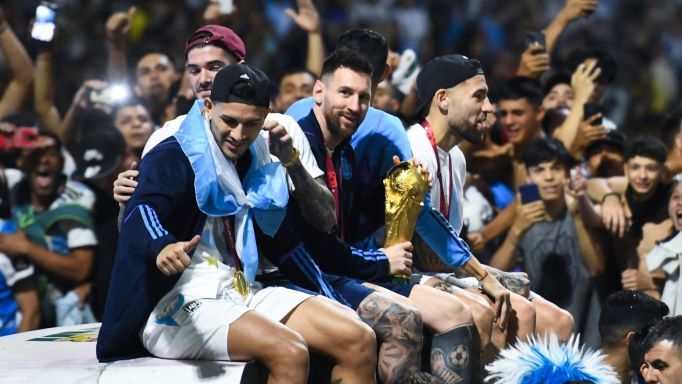 Local alcoholic Declan Tuohy today told his local newspaper, “People just don’t understand what the World Cup means to someone like me?” “It’s an emotional time,” he sniffed, “very, very…emotional? Not something you can easily explain. People just don’t seem able to understand that?”

The Ramble Inn’s barman and proprietor Eamon Halligan, confirmed Tuohy was on Day 3 of celebrating Argentina’s victory, as he watched the team’s homecoming on cable. Halligan said Tuohy had spent every day in the pub, since the tournament began on November 20th but sadly, was one of only two regulars “to take the celebrations seriously”.

“The only pity is the great Diego isn’t here to see it,” a distinctly emotional Tuohy told reporter Owen Goel, tearfully shaking his head, “But God willing, he won’t have to wait too long for Messi to join him, up in that great stadium in the sky where ‘the Golden boy’ awaits? He’ll probably have a giant mirror covered in cocaine ready for him to share, as they relive their glory days? That really would be a fitting way to remember this great moment in sporting history.”

Tuohy blew his nose loudly, before observing that “people just have no idea what it means to someone like me…”