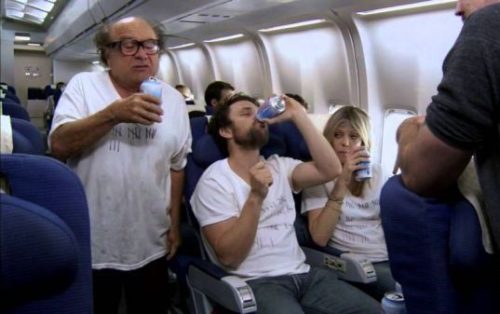 A new study has found that people who clap when the plane lands are a special group who suffer from a distinct range of disadvantages in life.

Among these are the inability to distinguish between TV characters and the actors who play them.

When asked if they agreed ‘That people should be informed about paediatricians living in their neighbourhoods’, 87% said they did.

A further 11% agreed but strongly objected to ‘calling them pediatricians when they’re only filth’.

The survey was carried out amongst those EasyJet passengers queueing for a 9am flight to Alicante in Spain who’d had less than six drinks.