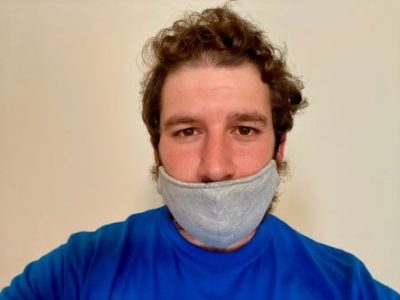 Magnum Nesum, the organisation which advocates for those with a larger than average proboscis, staged a mask ‘protest’ outside Leinster House today.

The group are demanding a ‘Plus Size’ mask for those whose physiognomy means they “can’t help letting their mask slip”.

They also demanded a lingerie mask for the plus size woman who “demands style and fit but rejects compromise”.

Meanwhile, the Nose About splinter group used the occasion to call for full nasal equality.

A spokeswoman for Nose About said “Basically, the Greeks and the Romans are looking down their noses at everyone else”.

“Those of us with a sharply protruding nose – whether bulbous or turned up – are discriminated against throughout society, so it’s particularly heart breaking when it comes from ‘our own kind’.”