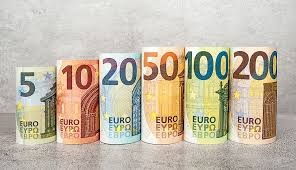 A man who says he may have to sell his house this Christmas in order to pay someone else’s debts, has called on the minister for finance to review the way budget funding is calculated.

“Peter” told CatMelodeonNews that not only is his neighbour’s house bigger than his, it’s full of luxury goods and electronic devices that originally belonged to him.

“I’ll tell you what I’d like for Christmas,” he said. “Just once, I’d like to own something long enough to experience ‘buyer’s remorse’? But I know I’ll be robbed blind before breakfast is over.”

Next door neighbour “Paul”, who is regularly drunk in the middle of the day, said he wouldn’t comment unless paid to do so.

“Typical,” ‘Peter’ said. “Exactly how much does Paul need to be paid?”

A spokesman for Pascal Donohoe said that much and all as he’d like to, he would not be getting off the fence until he knew exactly which way the wind was blowing on this “or any other issue for that matter”.

However after a civil servant passed him a note, he said that from now on, the government would rob them both equally.

At time of going to press, Peter announced he had changed his name to Paul.

“If you’re talking to my neighbour,” he said with a bitter laugh, “tell him the money’s petered out!”