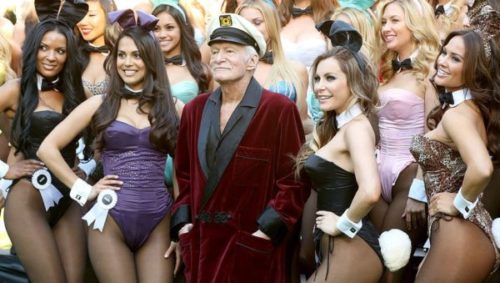 A ‘former companion’ of Hugh ‘Hef’ Heffner who is also a self-proclaimed ‘ghost hunter,’ has told The Morning Show that the Playboy Mansion is haunted by the spectre of his last Viagra-fuelled, deathbed erection.

Bridget Marquardt said she was “pursued through the mansion by a powerful sense of longing and unfulfillment”.

“I don’t know, maybe I’m crazy,” Marquardt said, “but to me, it epitomized the sad, emptiness at the heart of Hef?”

“At the end of the day,” she mused, “that boner’s owner, was a greedy loner”.

Marquardt added that she knew Heffner had left instructions that he be given a massive dose of Viagra shortly before the end, “so that he could go out, as he’d lived, chasing after something that had eluded him all his life…happiness”.