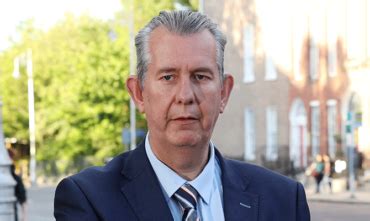 The daily melee that comprises party manoeuvres by the ‘weekend soldiers’ of the DUP, continues to hypnotise the world in a Stockholm syndrome type situation.

While achieving absolutely nothing in terms of policy objectives, the new strategy has paralyzed all the other parties, who remain unable to comprehend, never mind react, to the ‘hurricane alley’ nature of developments emanating from the DUP.

Poots lasted a mere 21 days in office, before the party rebelled and he was forced to resign, prompting a tsunami of social media jokes from people who said they had food in their fridges that lasted longer than he did.

His departure left the party facing an unpalatable choice: either a new leadership contest or another election, as the annual madness that is the marching season progresses.

With this in mind, Jeffrey Donaldson will be the only candidate, in what is expected to be a ‘coronation,’ rather than a contest.

What the future will bring, is anybody’s guess but when asked to comment on Poots departure, Donaldson hooted with laughter and then, with a nearly straight face, replied.

“Um…I suppose you could say the situation evolved and that was just ‘natural selection’ at work”.