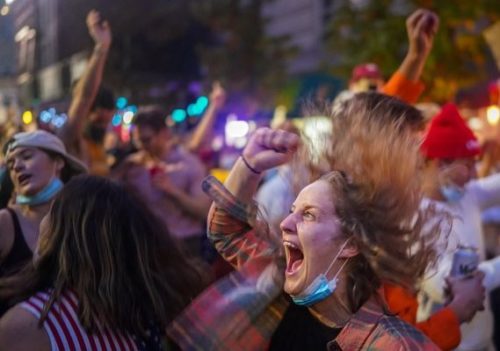 America is showing worrying signs of deep PTSD in the wake of the news that Joe Biden won the 2020 election.

The demob-happy symptoms seen on TV, reveal a nation more deeply traumatized by the Orange Man than previously suspected

“Clinically speaking, the wave of impromptu street partying seen, is a worrying sign of how the mind can react,” a statement from the APA said, “when released from a traumatic situation, such as a war zone or solitary confinement”.

Off the record, a spokesman explained this was shorthand for ‘the country will go ape-shit if there’s any delay in removing Donald Skunk from Pennsylvania Avenue‘.