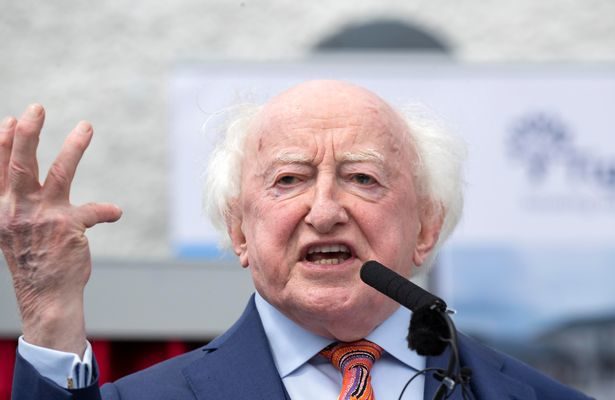 President Michael D. Higgins has been accused of breaking section four of the official secrets act by referring to the housing crisis.

Section four says that a “person shall not communicate any official information to any other person unless he is duly authorised to do so or does so in the course of, and in accordance with, his duties as the holder of a public office or when it is his duty in the interest of the State to communicate it”.

An apoplectic Micheál Martin said it was the most serious breach of the act he had seen, since his first communion. He also said the President had “played into the hands of Sinn Féin” by upgrading the status of the problem from a crisis to a disaster.

The Taoiseach added that he was still shocked by the ‘hurtful joke’ the President had made about Brexit on the Tommy Tiernan show two years ago, when he wondered ‘if our neighbours are still talking to us, having discovered greatness again’.