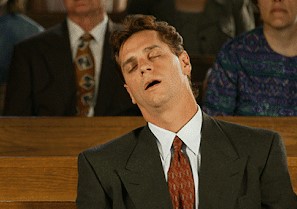 Mass goers in Ballyconnell, Co Cavan last Sunday, were stunned when their parish priest tried to introduce morality into a sermon.

Fr Oliver O’Reilly condemned the “abduction and torture” of a businessman and challenged anyone with information on the matter, to come forward.

“Stories about five hundred lads sharing a loaf a bread is great fun like,” he added, “or the time Jesus helped an old woman give up the fags? Another classic is tha wan about him batin’ the lard outta the fellas he owed money ta? But them fancy, Dublin-style sermons don’t go down too well around here!”

“What he done in there was wrong,” a local woman who didn’t want to be named whispered, as she repeatedly blessed herself. “Say what you like but it was pure wrong, What has all that got ta do with being a Catholic? Doesn’t the bible say ‘Let sleeping dogs lie’.”

“God’s house is no place for talk about who kidnapped who. Didn’t Jesus himself die on the cross to keep that sort a thing out of his holy home!”

“God save our lord”, she screamed, as she got into her car, “and let the pair a them lead us not into temptation or the holy ghost will abandon us, now and at the hour of our deaths amen”.