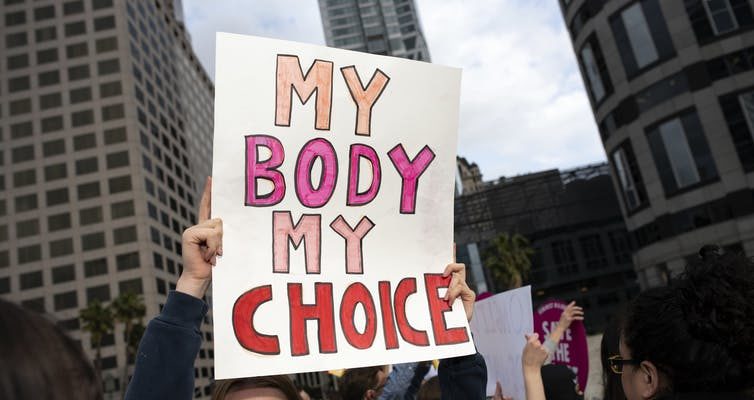 Doyle and two friends were mounting an impromptu protest against public health policy during the pandemic.

Pro-choice, pro-vaccine activist Kathy Taylor looked on, as she stood outside the centre sipping a takeaway espresso.

“Pro-choice, that’s a lie, you don’t care if people die,” she called out.

A temporarily confused Doyle, eventually said, “Freedom to choose” but Taylor quickly replied “Don’t force your morality on me”.

Then Doyle, opting to use the most well known pro-abortion slogan of all, made his, “My body, my choice” remark.

At that point, realizing that her break was over, Taylor winked, turned her back on him and very slowly went inside.

Doyle’s triumphal smile quickly evaporated however, as he read the words on the back of her shirt.

‘Too bad there isn’t a vaccine against stupidity‘.