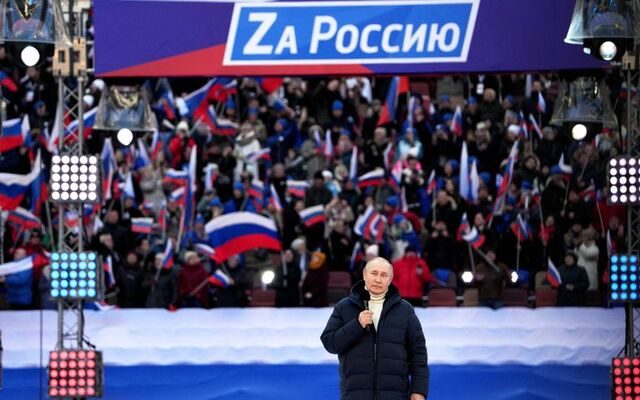 Vladimir Putin has quoted Taylor Swift’s single ‘Shake It Off‘ to deflect criticisms of his barbaric war with Ukraine.

At the end of a press conference, Putin said, “You know how eet ees, ‘Haters gonna hate’. In reply to shouted questions asking if he was quoting Taylor Swift, he shuffled awkwardly back to the podium with his trademark creepy smirk and pointed a finger at the cameras, as Swift’s song began to play over the stadium’s speakers.

Swift’s management team later released a statement saying “Tay-Tay does not condone or endorse the use of her lyrics in any conflict zone. Not even in places where they don’t speak English.”

The White House subsequently issued a response to Putin. The statement said, “You go, girlfriend? Because believe me, one way or the other, you’re gonna go!” Staff agreed they had never seen anyone taken down so hard in their entire lives because “Basically? It was, like, so epic?”