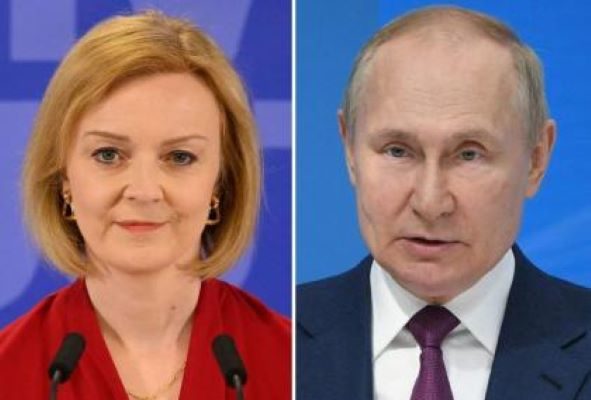 Vladamir Putin has accused the new British Prime Minister of having less of a political mandate than the president of a Shetland Islands golf club. “Eet’s wery simple,” he told reporters, “eefen alloweenk for all my fake wotes, I steel get huge political mandate from all my reel wans. But she get less than 58% of Tory politburo. Ees joke, no?”

To backbench cries of “Send a gunboat!”, Jacob Rees-Mogg rose from his coils and with his forked tongued flickering, said he couldn’t possibly comment until he had finished divesting himself of the last of his Russian shareholdings. Then he sat back down with an expression so smarmy, even his closest allies began to retch.

Meanwhile, the president of the Whalsay golf course in the Shetland Islands, said “My wife and I were planning to go on holiday to Russia this year but are unlikely to now. I’m afraid your Mr Putin has cut off his nose to spite his face.”

A political analyst described Mr Putin’s intervention into British politics as “progress”. When asked to explain this he replied, “It appears he can now say phrases like ‘political mandate’ without openly squirming”.