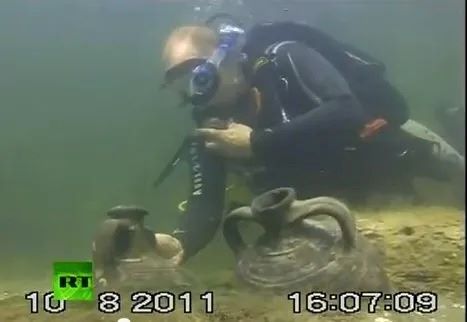 A spokesman for Vladimir Putin warned today that he might have to go scuba diving again, after the Russian army was forced to withdraw from Kershon. President Putin, he said, would do anything – ride a horse barechested or pose in a Judo suit – if that’s what it takes to restore Russia’s pride.

“I would advise Zelensky to be very careful,” he said, “because everyone remembers what happened the last time he went scuba diving near Ukraine. He found not one but two ancient Greek urns within minutes of diving into the shallow waters off the Taman peninsula? No other leader can do this,” he told a largely concurring press pack. “Ever since, we call him Indiana Jones,” he added, hopefully.

A spokesman for Ukrainian President Zelensky later suggested Putin should next consider diving to a sunken Russian warship.