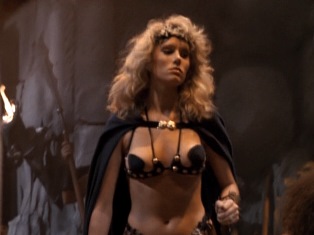 Software developer Tony Mulryan was taken aback to discover just how relaxed about historical accuracy, a ‘re-enactment’ society can be.

As he scanned the invitation-only gathering at a local hotel, looking for his new boss, he couldn’t help noticing a man dressed as William the Conqueror whose ‘furry’ partner had him on a lead.

“I’m not sure William the Conqueror ever wore a ball gag,” he joked, as he spotted John Scruton, head of IT at GamePlay Solutions.

“Glad you could make it but the Rough Magic Re-enactors aren’t hung up on authenticity? They’re more about living the history? Really, really living it.”

Accepting a ‘goblet of mead’ from Scruton, he tried to relax and make small talk, figuring he could make an excuse and leave, after twenty minutes.

“I take it I’m the first from GPS to make it?” he inquired, trying to avoid the eye of a muscular Viking ‘shield maiden’ in a leather bikini, whom he couldn’t help noticing was staring at him in a peculiarly possessive way.

“You’re the only one,” Scruton smiled, “I knew I could count on you. Now, let’s get you into something more comfortable! I’m getting a strong ‘pageboy’ vibe?”

“No, I-I-I,” Mulryan stammered, as Scruton beckoned the six foot shield maiden over.

“Joan here is in charge of costumes? She’s a professional triathlete during the week,” he winked, “so there shouldn’t be any problems about authenticity there.”

Just before Joan wrenched him away so roughly he almost lost his balance, the banner over the doorway caught Mulryan’s eye.

Tonight you begin an unforgettable journey

He was still hoping they were wrong about that when she growled in his ear, ‘I’ll be with you every step of the way but you’re the only one who’ll be making that journey’.