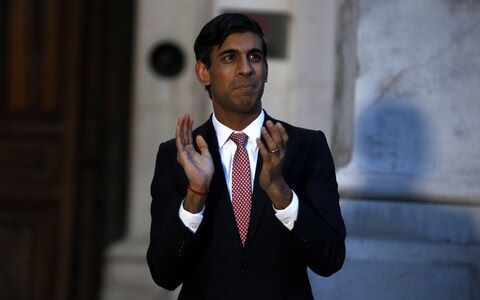 Ready4Rishi to crush the evil nurses who now dare bite the hands that clapped their noble sacrifices during Covid? That was the simple question the PM asked salivating conservative MPs yesterday, after they thronged the chamber in a state of heightened sexual arousal. The prospect of forcing a growing no of nurses to continue relying on foodbanks, making their eyes bulge and their tongues swell.

“Ready4Rishi?”, he goaded them, to roars of approval. “Ready4Rishi to bring integrity back to government?”, he cried and they roared again. “They all vote Labour anyway,” he smirked, as he sat down. Around him, the chamber temporarily turned into a fetish party of writhing Tory perverts screaming “market forces, market forces”.

As soon as order had been restored, Sunak rose again.

“When I became PM,” he said solemnly, “I promised to bring compassion to the challenges we face today.” He paused theatrically, to look around before adding, “but I never promised it to the nurses!” Immediately shouts of “Putin’s pay rise” and “Putin’s puppets”, could be heard.

Afterwards a Kremlin spokesman said “Britain is led by an unelected leader, passing new laws to ban protests and outlaw strikes”. No 10 later issued a brief statement in response.

“Yes it is,” the statement said.