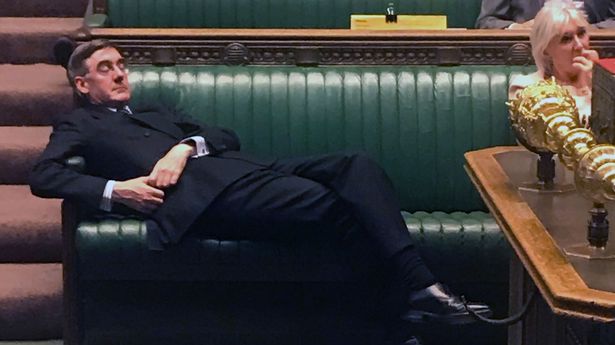 Jacob Rees–Mogg said today that he thought ‘oven–ready’ meant something that was had just come out of the oven. “Which is presumably why the PM said Brexit was ‘oven–ready’,” he said.

After reporters explained its true meaning, he said he now believes the prime minister was misquoted, “in all likelihood by somebody at the BBC with an agenda?”

Rees–Mogg added that he only misconstrued ‘oven–ready’ because he’s never actually used an oven or for that matter, gone into the kitchen. “Nanny does all that sort of thing and does an absolutely smashing job of it too.”

The new created Minister for Brexit Opportunities denied his was the first and only job created by Brexit and predicted that Britain ‘would soon be a free-market paradise’.

“With ‘first division’ talent like that,” he smirked, “what could possibly go wrong!”