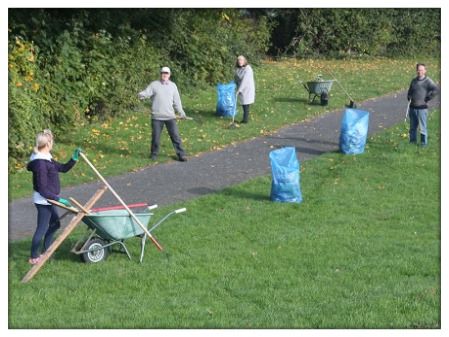 Residents of nearby areas were again crushed by the news that Westbrook Residents’ Estate’s annual clean-up was ‘another great success’. The exclusive dominated the front page of the Westbrook Residents’ Association’s monthly newsletter, pushing its upcoming annual dinner into second place with extended coverage of the turnout for the clean-up, recycling initiatives and weather conditions on the day in question.

Underneath that story, the newsletter reported that 90% of the 10 people who bothered to reply to their survey, again chose the only local hotel as ‘best location’ for the association’s annual dinner.

A late breaking story was flagged across the bottom of the first page of the photocopier produced newsletter. The headline, which said ‘Exclusive –Simon & Anne Confirmed To Take Over Social Diary From Brian & Nora’, directed readers to the back page.

“Speaking exclusively to the newsletter,” the story said, “Simon and Anne have confirmed claims made in last month’s edition by Brian and Nora that they’ve agreed to take the column over.

The newsletter finished that story with an inside joke it said “only true Westbrookians” would get. “Our headline really should have said,” the paper noted, “SimAnn Confirmed To Take Over Social Diary From BriNor”. Lols!!