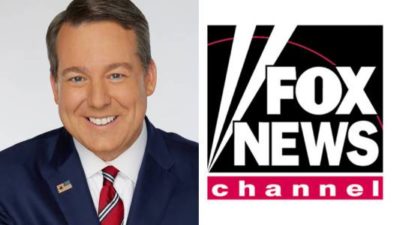 Elizabeth Ailes, widow of the former CEO of Fox News Roger Ailes, has spoken candidly about the shock dismissal of news anchor Ed Henry whom her husband had “personally mentored”.

Henry was dismissed yesterday, Mrs Ailes claimed, “because he rejected the sexual advances of the same kind of predatory female colleagues who destroyed my husband.”

She said that before he died, Roger told her Vladimir Putin had warned him about a takeover of Fox from the inside, by “sleeper agents” for the democrats.

“Only President Trump would listen,” she sobbed, “but the Deep State prevented him from doing anything to help”.