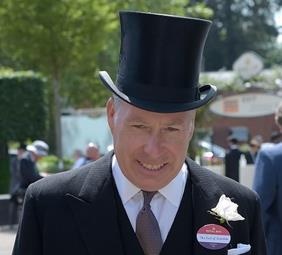 The 2nd Earl of Snowden, 24th in the line of succession, spent yesterday fantasising about the precise circumstances necessary to propel him to the British throne.

This fantasy, once a rare indulgence, has in more recent times become not only a daily reality but also the brightest spot in David Armstrong-Jones’ increasingly irrelevant life, as he awaits finalisation of the divorce proceedings his wife has initiated.

“Strongarm-Jones”, as he is also known, is regarded as a ‘working royal,’ having written numerous books, including 1993’s Classical Furniture, 1996’s Extraordinary Furniture and 2009’s Spectacular Furniture.

Esoteric titles thought to be all the more valuable, now that they are no longer available in print.

But yesterday around 3pm, as the Queen’s nephew reflected on the crucial role furniture has played at key moments in the history of the British monarchy, he put his feet up on an antique upholstered footstool in his private study and once more, allowed his mind to wander.

And all at once, the only occasion on which his great dream might conceivably come true, swam into view – the funeral of Queen Elizabeth II.

Sometimes, “24” pictured Islamic terrorists machine gunning down the entire line of succession with ruthless efficiency, whereas on others, he imagined them chased through Westminster Abbey by samurai sword-wielding assassins who gleefully butchered them, one by one.

The 60-year-old drew the line at gas however, there was something ignoble about it that revolted him. While happy to imagine his relatives slaughtered in any number of spectacularly violent ways, he felt it would be inappropriately lowborn for them to die by the poisoner’s hand – no matter how painlessly!

Usually however, he simply saw himself unavoidably delayed, just long enough to narrowly avoid the massive blast that would level Westminster Abbey. Incinerating all 23 upstarts before him in the line, along with an acceptable level of collateral damage in heads of state & lesser titled aristocrats.

A 9/11 scale catastrophe that – he reminded himself – would probably cause all those around him to fall to their knees, hailing their new king, forcing him to implore them to rise and resume their futile search for survivors.

He would, after an appropriate period of mourning, present himself to the nation and the wider world, as the vibrant new face of an ancient institution. One that had been rescued from the soap-opera shame of Oprah’s sofa and restored once more, to its former glory.

But most importantly, one that had finally put furniture in its proper place – the front and centre of a forward facing, reinvigorated British monarchy.