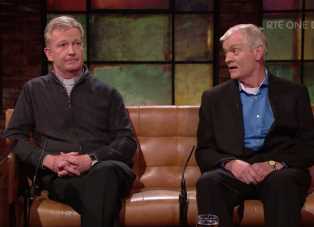 Ireland’s comedy stars have hailed The Late, Late Show’s decision to invite two catholic priests to discuss the role of women in the church and society, on the 20th anniversary of Dermot Morgan’s death.

The 20th anniversary of Dermot’s passing was just ten days ago, Horgan added, and although I wasn’t lucky enough to know him, what better way to demonstrate how little Ireland has changed in the intervening years, than a piece of mad shite like this.

Horgan said it reminded her of the famously patronizing scene when Ted, having been warned that women might find his remark about one contestant having a ‘lovely bottom’ offensive, believes he can perfectly remedy the situation by declaring, ‘Of course, they all have lovely bottoms’.

A spokesman for the programme said there were ‘important lessons about inclusivity and equality to be learned from the incident’ and the programme would have somebody on next week to lecture the public about them.